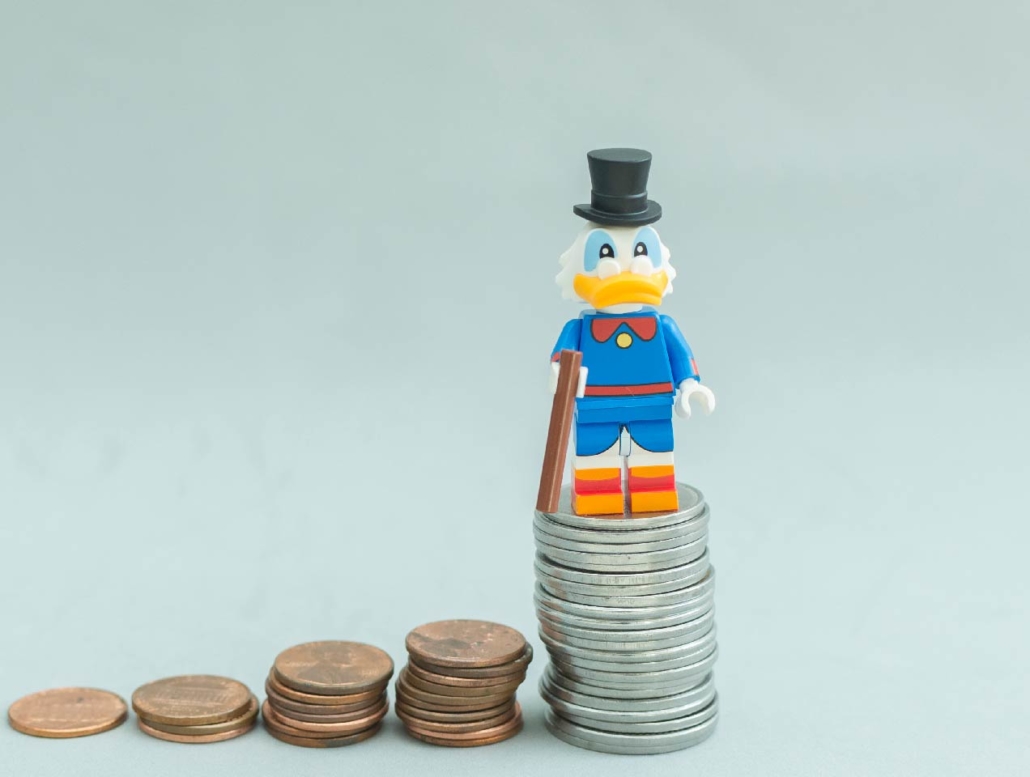 When you invest upon a star – Disney’s growth

One of the popular metrics of investment in recent years has been the price of a pizza in Bitcoin, in honour of the first purchase made using the cryptocurrency a decade ago.

May 22nd 2010 has gone down in history as Bitcoin Pizza Day, when Florida resident Laszlo Hanyecz ordered two large Papa John’s pizzas for the then-reasonable price of 10,000 Bitcoins.

(In fact a British man acted as intermediary, placing the $25 order in exchange for the Bitcoins, which at the time were worth $41.)

Less than a year later Bitcoin overtook the dollar, making the pizzas worth in excess of $10,000, and by the fifth anniversary the value had climbed to around $2.4 million.

By Bitcoin Pizza Day 2018 the pizzas were worth more than $80 million. As of summer 2019 the price is hovering around an even $100 million, but it actually peaked in mid-December 2017 at nearly double that, topping $196.5 million at one point.

After 18 turbulent months for cryptocurrencies, the Bitcoin bubble may have burst, but what would go better with those historic pizzas than a Disney movie – and how much would an investment in Disney a decade ago be worth now?

A decade of growth for Disney

By March 2015 it was consistently posting three figures, and 2019 has seen particularly strong growth, starting the year at $108.10 but climbing to open July at over $140 per share.

That’s a more than fourfold increase since 2010 and double the share price of late 2013 – not a bad rate of return in either case.

The coming decade could prove to be even more lucrative for those who choose to ‘invest in the mouse’.

Disney+ is being supported by some big-name projects, including the event series Hawkeye, which is set to tie in with the Marvel Avengers movies and star Hawkeye himself, Jeremy Renner.

The series was one of five major Disney+ projects announced by Marvel Studios at Comic-Con 2019, the same as the number of new Marvel movies announced at the same event.

It’s a clear sign of the faith Disney are placing in their new streaming platform – and of the compelling, crowd-pleasing content it will have to offer at launch.

Disney+ is due to launch in November 2019 and with access to multiple Disney-owned franchises, that means it will feature family favourites along with major sci-fi fantasy titles like Star Wars and Marvel.

In 2020 a budget of $1 billion has already been earmarked for original productions, and this is expected to double by the mid-2020s.

Some analysts still believe the offering will be too niche for Disney as a family platform to rival more general streaming services like Netflix.

But at a subscription price of around $70 a year at launch, it’s likely to be seen by many as an add-on rather than a replacement, and potentially as an acceptable price to pay for a few hours of keeping the kids quiet.

That all adds up to significant investment by Disney over at least the coming half-decade, and could spell good fortune for those who wish upon a star as part of their own investment portfolios as we move into the 2020s.