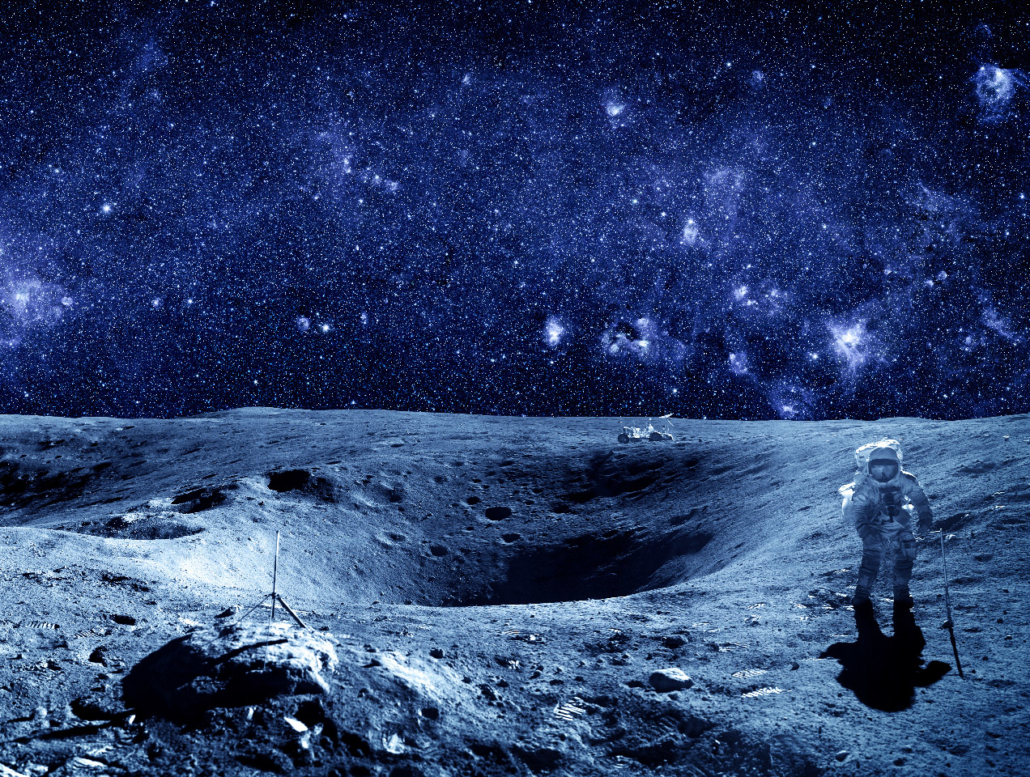 Half a century since the Apollo 11 mission sent humans to walk on the moon for the first time, a new Space Race is emerging – this time in private space transport. Already, privately owned companies like SpaceX are developing the technologies needed to keep public space research in progress. The company’s Falcon rocket boosters have proved successful at not only launching payloads into space, but then returning themselves to Earth and landing safely on land or drone ships. SpaceX’s test run mission, known commonly as Falcon Heavy, made headlines for using company founder Elon Musk’s Tesla Roadster as its dummy payload – complete with an actual spaceman dummy in the driver’s seat. This combination of some of the planet’s most advanced scientific research with an approachable public face runs to the core of SpaceX’s activities. Recent rocket launches have also been live streamed via YouTube, hosted by SpaceX engineer, basketball player and recording artist Jessie Anderson, again perfectly summing up the multidisciplinary approach taken by the company and its people. And of course it is not just about sending people into space – much space travel stops at about 22,000 miles above the Earth, at the geosynchronous orbit height of just over 35,000 km where communications satellites can be found.

The Space Race is gaining pace

Space launches are more frequent than ever. In 2018, the Space Foundation reported a number of recent and all-time firsts for the global space industry:

This last figure is the first time the space sector has posted an annual value in excess of $400 billion, a clear indication of the rapid growth rate and historic significance of space technology at present. Crucially, that decade of substantial growth coincides with the years since SpaceX conducted their first commercial test flights of their Falcon 9 rockets, again highlighting the contribution made by private sector entrepreneurial innovation to the space industry as a whole. Analysts expect this growth to continue apace in the coming decades, with the total value of the space sector set to roughly triple. Forecasts of its value by 2040 include a prediction from Morgan Stanley of annual revenues in excess of $1 trillion, and from the US Chamber of Commerce of $1.5 trillion, at an annual growth rate of 6% over the next two decades. Bank of America Merrill Lynch are even more ambitious – according to the US Chamber of Commerce, the bank’s economists have set a forecast of $3 trillion for the global space economy by 2040.

Physical space travel poses obvious challenges, ranging from the cost of moving heavy payloads beyond the grip of Earth’s gravity, to the effects of long-term zero-gravity conditions on astronauts’ bodies. However, once satellites are in place, transferring data is much more feasible, and this is apparent in the types of technologies that have already reached maturity in the era of space innovation and investment. Indeed, the first thing sent back from the surface of the Moon in 1969 was data – and as much as sending men to the lunar landscape was impressive, it was also a major achievement that so many people back on Earth were able to watch the landings live on TV. Today, satellite TV is still among the major revenue streams for artificial satellites, along with other data-driven technologies like mobile telecommunications, satellite navigation and GPS. As the internet continues to transform earthly technologies, it is little surprise that so many of the orbiting devices more than 20,000 miles above our heads are involved in doing the same thing or similar.

One short flight for mankind?

That leaves the question of sending people into space – and not just the handful of astronauts who live and work on the International Space Station. In June 2019, the US Federal Aviation Administration opened a consultation on “a launch or re-entry operation involving a human participant” – essentially, to demonstrate that sending private individuals into space and returning them to Earth is feasible and within acceptable safety risk levels. The consultation was aimed specifically at “commercial space entities that propose to conduct a launch or re-entry with flight crew or space flight participants on board”. Note that space flight operations in the US are regulated by the FAA, who also regulate ordinary aeroplane transport in US skies, an indication of how mainstream private commercial space travel could ultimately become. Richard Branson’s Virgin Galactic have already been given a commercial space launch licence by the FAA, and the company say pre-bookings outnumber the total number of humans who have ever been into space up to now. More than 600 people in 60 countries have already booked seats on Virgin Galactic spaceflights, at a total value of $80 million in deposits and $120 million in potential revenue. The public investment vehicle Social Capital Hedosophia (SCH) is in the process of merging with Virgin Galactic to create “the world’s first and only publicly traded commercial human spaceflight company”. Existing shareholders are expected to receive a combined 49% stake in the newly formed enterprise, which has been valued at $1.5 billion overall.

How to buy shares in SpaceX and Virgin Galactic

The problem with privately owned companies is just that – unless they go public, you can’t buy shares in them. However, for both SpaceX and Virgin Galactic, there are ways to indirectly own a stake in their success for the immediate future of the Space Race. SpaceX is part-owned by Alphabet Inc, the parent company of Google, so buy shares in Alphabet and you automatically benefit from the performance of SpaceX, as well as Google and its many other ventures. And the Virgin Galactic merger means that by investing in SCH, again you acquire a stake in the merged entity, which is expected to be officially introduced before the end of 2019. If the merger goes as planned, Virgin Galactic is set to be the only public commercial spaceflight stock available for direct investment – which not only ushers in a new era of space tech investment, but has its own implications for supply and demand for those looking to buy in early.