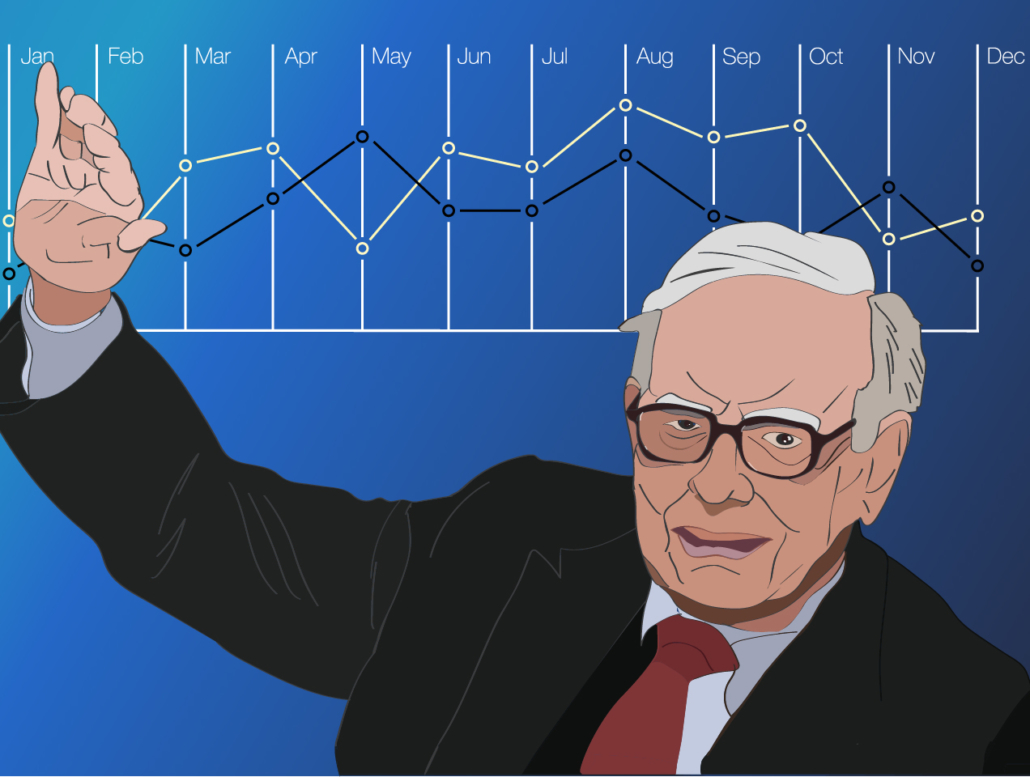 13F is a quarterly form that must be filed with the US Securities and Exchange Commission and lists all assets under management valued at $100 million or more.

Essentially it is a snapshot of the company’s investment portfolio at that time – and in May’s filing, almost half of Berkshire Hathaway’s portfolio was invested in banks and financial services companies.

Of a total portfolio valued at nearly $200 billion, just under $95 billion was invested in financial services, a sure sign that Buffett thinks the sector is ready to post substantial profits in the years ahead.

Who is Buffett banking on?

Of the $95 billion invested in financial services by the company, nearly all was in banks including three of Berkshire Hathaway’s largest individual holdings, with around $10 billion placed in other financial service providers.

Here are the 16 financial services companies that formed part of Berkshire Hathaway’s portfolio at the end of the first quarter of 2019:

A decade on from the onset of the financial crisis that particularly rocked America’s largest banks, it’s interesting to see a seasoned investor like Buffett trusting financial services to achieve strong positive returns.

But banks also offer good dividend payouts – in 2018 Berkshire Hathaway received more than $1.5 billion in dividends from three of its investments, Wells Fargo, American Express and Bank of America.

All three have added significant portfolio value too. It’s more than two decades since Buffett spent nearly $1.3 billion on AmEx stock and nearly $10 billion on Wells Fargo. Together, the pair now contribute nearly $37 billion to the company’s portfolio.

Bank of America was a more recent investment and was actually a consequence of the financial crisis, costing almost $12 billion but now worth over twice that amount with annual dividends of around half a billion dollars.

The performance of the banks is of course influenced substantially by interest rates, which again have been affected by the financial crisis for the past decade.

Historically low base rates in the US and UK are likely to come to an end relatively soon, with indications that policymakers are starting to look more closely at the prospect of raising rates.

For the banks, this is good news as even a small rise in interest rates can allow them to generate much greater earnings, with that increase in value passed on to shareholders in dividends.

Although the Federal Reserve has delayed pulling the trigger on higher rates, they are starting to feel like more of an inevitability as we move into the early 2020s – potentially making banks and financial services an even more lucrative investment.

In the meantime, there’s still value to be found by investing in the financial services sector.

And for those once bitten by the global crisis, well managed businesses like Bank of America and Wells Fargo should offer some confidence of being able to enjoy stable growth in the coming decade.