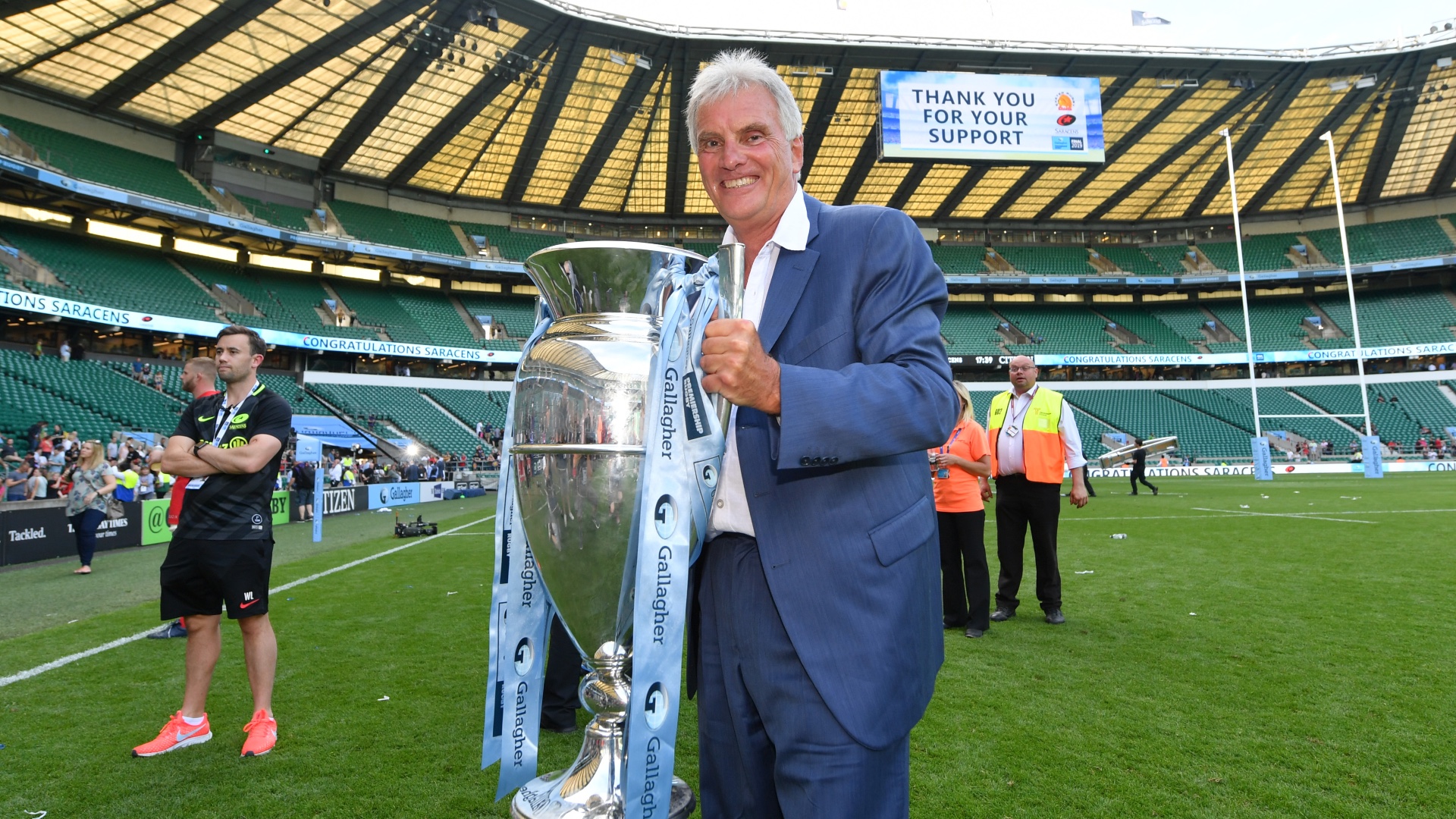 Nigel Wray Answers The Questions You Always Wanted To Ask

Nigel Wray is one of the UK’s leading entrepreneurs, associated with high-profile names such as Domino’s Pizza and Saracens Rugby Football Club. He is an entrepreneurial investor in both public and private companies and currently serves as the Chairman and Owner of Saracens.

1. Who or what got you interested in the world of shares and when?

Guess it was when a rogue called Bernie Cornfeld was paying salesmen £25,000 per annum which I thought unbelievable figure!

2. Were you then or are you now more interested in running a business or in investing in shares?

3. When you started out in shares were you then, as you are now, a long-term value investor?

No, I’m a complete hypocrite, I was an absolute punter in the early days as indeed you have to be if you’ve got no capital. I’m now a very long-term investor.

4. What was your first ten bagger? And how did you come across it?

First 10 bagger was probably Polly Peck introduced to it by a mate called Peter Kleeman and then met Asil Nadir and thought he was terrific.

5. What was the first share you lost 100% on and what was your mistake there?

6. What has been your most successful investment in purely financial terms?

7. Can a bad management team ever run a good business and vice versa?

A bad management team will always ruin a good business.

8. Who are the great role models for you as an investor and why?

I’m really not certain I have any great role models.

9. Who do you use as a sounding board before making an investment?

I have people around me who have good brains but, ultimately, I’ve got to make the decision.

10. Why do you never invest in mining or oil companies?

I never invest in mining or oil companies as I really don’t understand it.

11. Do you think that the dice on AIM are loaded against the private investor?

12. Does the private investor have any advantages over someone like you or an institutional investor?

No, I don’t think the private investor has an advantage over an institutional investor. Unless they’re very good that is.

13. As a bit of a luddite when it comes to using technology how do you evaluate a technology firm as an investment?

As you say, I’m not good at technology but, whatever the company, it’s the people that count, be it technology or be it a bog-standard investment. Hopefully I’m a little better at people.

14. You are invested in Sosandar which is now valued at more than 30 times historic sales – how on earth is that a value investment?

Sosander is obviously not a value investment but I guess nor was Boohoo at the same stage!

15. Given that your average holding period is now more than ten years, what is it that prompts you to bank profits?

I’m really not very good at selling companies and I don’t like it. I like relationships that last for ever but every now and then I run out of money and have to sell something.

I very rarely cut losses because by the time I’ve woken up to the fact that the investment has gone bad it’s too late and I go down with the ship.

17. What do you regard as your worst ever investment?

Loads, loads, of worst ever investments.

18. Do you think Brexit threatens your net wealth?

I guess Brexit and indeed even Mr Corbyn would have a short-term impact but not very pleasant.

19. Do you ever trust any material amount of your wealth to a fund manager? If so whom, if not why not?

No, I would never ever give any money to someone else to manage as I do like to make my own mistakes.

20. Do you ever consider retiring and if not why not?

Not a chance I would ever retire. If you’ve driven a car around 70 mph all its life and overnight take it down to 20 mph don’t be surprised if the engine seizes up!